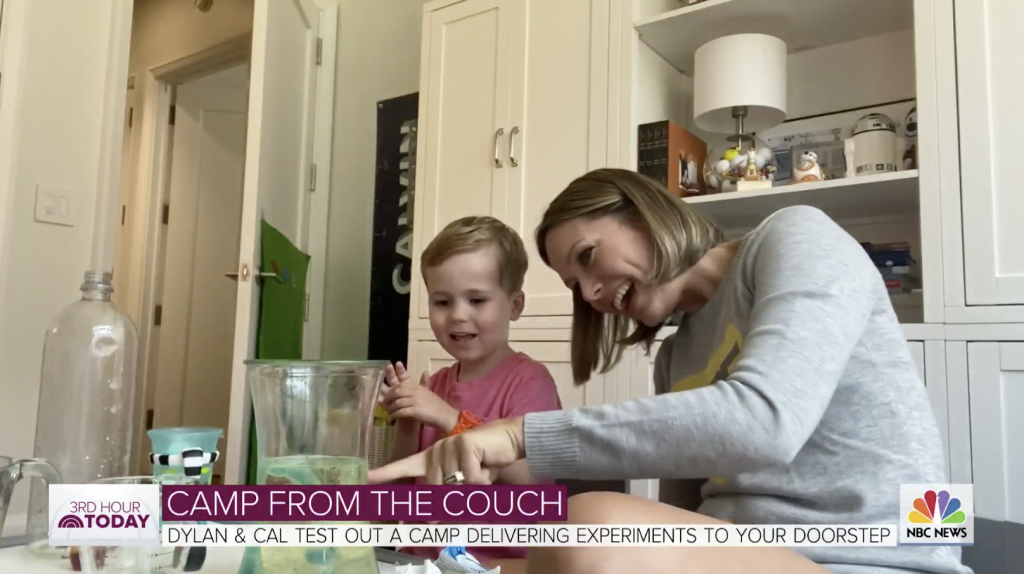 KiwiCo on the TODAY Show

Host Dylan Dreyer put Camp KiwiCo to the test with her own son to see what the buzz is about!

Did you catch KiwiCo on the TODAY Show?! Our founder and CEO, Sandra Oh Lin, chatted with host and mom of two, Dylan Dreyer, about all things Camp KiwiCo. Our collection of free hands-on activities, printables, and videos was featured during the TODAY Show’s Camp from the Couch series.

“Camp KiwiCo was something that we created as soon as we kind of figured out that this summer was not going to be like one that we’ve seen before,” Sandra explained. “We have a lot of interesting content and experiments, and we wanted to make that widely available.” 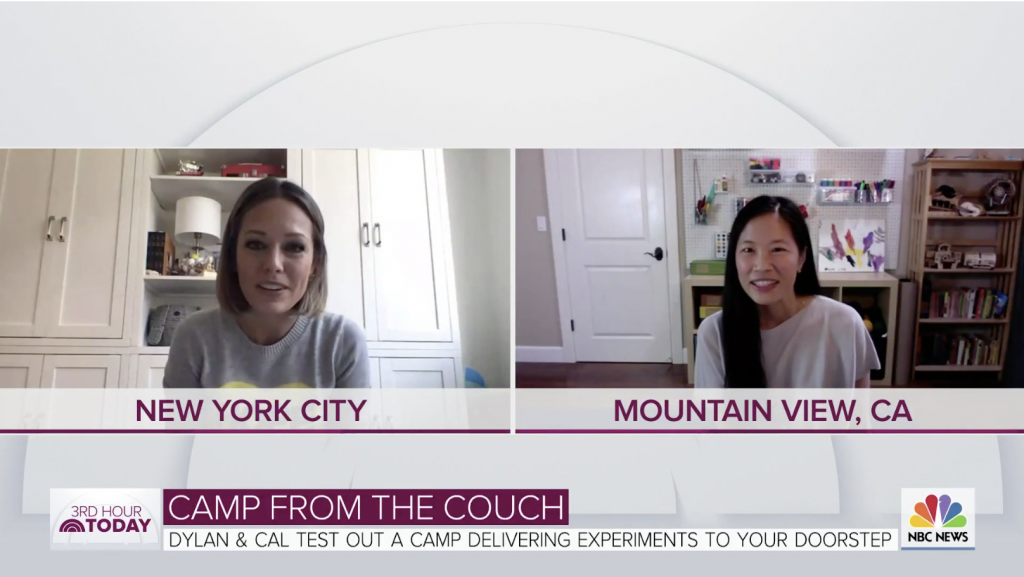 When camp launched in late June, we were thrilled to see the huge response from our KiwiCo community. We’ve heard from parents that accessibility of the content has been widely appreciated. Across the four camp sessions, there are more than 80 printables, 30 educational videos, and dozens of DIYs that are all free. And for more hands-on activities, parents have the option to purchase crates that complement daily themes. Each session is catered to a different age group: Koala Camp is for three to four-year-olds, Kiwi Camp is for five to eight-year-olds, Atlas Camp is for six to 11 year-olds, and Tinker Camp is for kids nine and up. The activities and DIYs are meant to provide fun and enriching ways for parents and kids to spend time together at home.

“Well, I have Calvin banging on the door to come in and do this project,” Dylan said while talking with Sandra.

As soon as she gave the okay, Dylan’s three-year-old son burst through the door ready to dive into one of the DIYs featured in Koala Camp. With a little help from Sandra, Dylan and Calvin got creative with chemistry and transformed a few simple kitchen ingredients into a colorful, bubbly lava lamp in a matter of minutes.

Many of Camp KiwiCo’s projects are great for multiple ages. With the lava lamp DIY, a three-year-old can experience the wonder of the experiment while a nine-year-old can simultaneously learn the science behind that wonder.

We want to give a big thanks to Dylan and Calvin for giving TODAY Show viewers a peek inside Camp KiwiCo!

Just because summer is slowing down, doesn’t mean camp has to end! All the content and activities for all four sessions of Camp KiwiCo are still available. And thanks to all the positive feedback from parents and awesome projects from kids, we’re working on the next round of resources to help families navigate learning from home. Sign up for our newsletter for updates on what’s coming next!

Get more blog posts delivered to your inbox!

Sign up for our emails for DIYs, parent resources, and exclusive promos!

See all from KiwiCo news ➜

We use cookies to give you the best browsing experience.

By clicking accept or using this site, you consent to those cookies. See .